The Five Monkey Beliefs and the HVAC Contracting Industry

When I was a kid, I didn’t know what my beliefs were, so I had a habit of constantly asking why. I questioned my mom and dad repeatedly on the things I didn’t understand. They patiently answered my questions and encouraged me to keep asking. If you’re a parent, you’ve no doubt experienced this with your children too. Kids are naturally inquisitive and love to gain new knowledge. Many maintain this zeal for learning, as they grow older, while others settle into a rut. 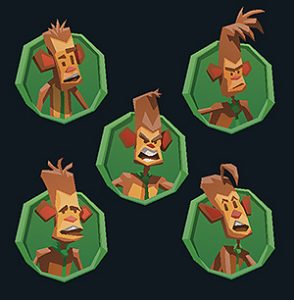 “The Five Monkeys” is a chapter in a book called ThinkerToys. It is written by Michael Michalko and addresses issues with taking belief systems as the truth, when perhaps, they aren’t.

For those of us who pride ourselves on doing HVAC the right way, is it possible some of the things we believe to be right, aren’t right at all? Is it possible our perception is skewed based on how we originally learned the trade? There is a story in Thinkertoys titled “The Five Monkeys” that examines this issue from an interesting viewpoint. Here’s an overview of the story and look at what we can learn from his example.

Is it possible that we have stopped challenging assumptions now held as truths in the HVAC industry? Have we stopped asking why and started blindly accepting things we are told instead of going out and proving it to ourselves?

Another one of the original monkeys is removed from the cage and replaced with a new one. The newest monkey heads straight for the stairs and is immediately attacked. The previous newcomer also joins in on the attack. This continues with a third original monkey being replaced with a newcomer. The new monkey goes for the stairs and is attacked. Two of the monkeys who are attacking him have no idea why they are doing it; they are just following the crowd.

The original fourth and fifth monkeys are soon replaced. All the monkeys who were originally sprayed with ice water are now gone, yet none of the replacements will ever again approach the stairs. Why won’t they approach the stairs? Because that’s the way it has always been.

Don’t Be Influenced By Monkey Beliefs 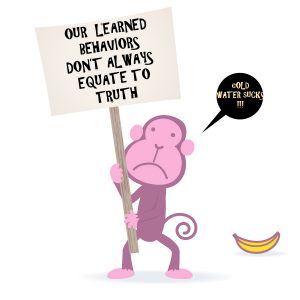 Sometimes it is worthwhile to “monkey” around with belief systems.

Is it possible that we have stopped challenging assumptions now held as truths in the HVAC industry? Have we stopped asking why and started blindly accepting things we are told instead of going out and proving it to ourselves?

How many new installers, technicians, and salespeople wanting to learn the origin of our industry are attacked for their questioning nature? They seek new information and ask questions about why things are done a certain way, yet get hosed with ice water hearing the words “this is the way it’s always been”. Do you see the parallel to the five monkeys?

If you do accept any of these assumptions as truth, you might want to start asking questions again and prove what’s truth and what’s fiction. Our industry has tons of opportunity that remains hidden because we quit asking why. Don’t let the fear of getting fussed at keep you from asking questions that get to the truth.

David Richardson serves the HVAC industry as a curriculum developer and trainer at the National Comfort Institute (NCI). NCI specializes in training focused on improving, measuring, and verifying HVAC and Building Performance. If you’re an HVAC contractor or technician interested in learning how airflow upgrades can help your company, contact David at davidr@ncihvac.com or call him at 800-633-7058. You can learn more at NCI’s website, www.nationalcomfortinstitute.com.