NOTE: This article originally appeared in the April 2005 edition of Contracting Business magazine. It was the ‘Last Word’ column on page 80. 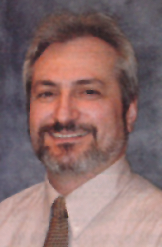 Dominick Guarino in 2005 was CEO of National Comfort, Inc. This picture is as it appeared in his Last Word column in Contracting Business magazine, April, 2005 on page 80.

On a recent HVAC e-mail discussion thread, a contractor made reference to a popular book entitled, Leading The Revolution, by Gary Hamel.  The contractor observed that although there have been advances, he feels the HVAC industry hasn’t truly had a revolutionary event in the past 30 years.

As I look back at innovations and change during the past 30 years, including higher efficiency products, new refrigerants, EPA certification, consolidation, and so forth, I would have to agree. These events have been more evolutionary than revolutionary.

We only need to look to our history books to find real revolutions. They take hold and make permanent changes.  They don’t happen overnight – rather, they’re a buildup of events. Such a series of events started about 15 years ago and have led to a true revolution in our industry. I personally observed this phenomenon in the early 1990s. In 1994, I wrote an editorial in this magazine entitled, “The Comfort Revolution.” The article examined a different approach to HVAC contracting beyond installing hot and cold boxes.

The contractors who pioneered this revolution saw that the only way to truly deliver on the promise was to measure and document system performance and address the whole system, not just the equipment.

During the past 10 years, this quiet revolution intensified and evolved into a new approach called Performance-based Contracting. This is not to be confused with commercial performance contracting (which involves shared savings), or with “system selling” (where you sell a bunch of accessories, often without solving the real problems). Performance-based contractors are a new breed who transformed their companies to deliver proven, measured performance in everything they do.

This isn’t just a niche or new profit center, but an entirely new way of doing business. It typically requires a quantum culture change in your company.  This means rethinking every aspect of the business. When done correctly, the results can be amazing.

Performance-based contracting typically requires a quantum culture change in your company. This means rethinking every aspect of your business. When done correctly, the results can be amazing.

This performance-based approach is truly revolutionary because it differentiates you from your competition since you’re delivering systems that actually work, without guessing.

These contractors are using new phrases like “delivered BTUs” and “total system performance” instead of touting SEER or AFUE ratings.  They’re selling by teaching customers what their mechanical systems are really doing. And they make systems work, often for the first time.  Some contractors are close, but limit themselves to part of the solution such as sealing ducts or fixing the envelope.

What sets performance-based contractors apart is their ability to diagnose the entire system – under real operating conditions – then creating true solutions that improve comfort, safety, and energy efficiency. 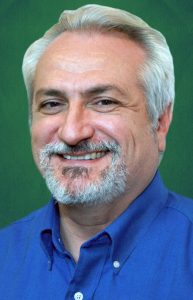 Today, Dominick Guarino is CEO of National Comfort Institute, Inc., a company he co-founded in 1997.

Get In On The Ground Floor

There are currently an estimated 2,000 performance-based contractors across the U.S. and Canada.  About 3,000 companies are part of the way there, but still have some work to do.  That’s good news.  It means there’s a huge potential for thousands of contractors to join the revolution and be leaders in their marketplaces.

To quote Leonard Koglin of LenAire in Bossier City, LA, it can ‘transform a good company with a skilled labor force into a team of highly trained professionals who deliver what they say they’ll deliver.”

Chuck Worley of Energy Efficient Heating and Cooling, Yorktown, VA said becoming performance-based has “truly revolutionized his company.” He had his best December in the history of his 15-year selling career – a $130, 000 month.

The growth potential is enormous.  It puts you back in the running for major discretionary spending by consumers.  Performance-based contracting takes you out of the commodity business, which will be intensified with the new 13 SEER standard. It makes it very tough for the fly-by-nights and low-ball box-changers to compete.

EDITOR’S NOTE: If you havent read Dominick’s original editorial titled, “The Comfort Revolution,” from the December 1992 edition of Contracting Business, read it here.