Is the Government Coming to Its Senses Regarding HVAC Efficiency??

Energy efficiency is like the never-ending story with the U.S. Dept. of Energy (DOE) and the current administration’s non-stop push to squeeze ever more out of the HVAC industry. Yes, ladies and gents, the efficiency dance continues still, with members of Congress FINALLY getting into the act.

Here’s the rundown: on June 8th, 121 members of the U.S. House of Representatives sent a note to the DOE asking the agency to back down from their proposed 92% AFUE nationwide residential furnace efficiency standard.

Why am I so against saving energy? The truth is I’m not. In fact, I’m a huge proponent of being an energy and environmentally responsible citizen, but I think in the world of government, we are beset with the negative ramifications of good intentions. In this case, in my humble opinion, it’s the shortsighted need to bring the nation’s energy footprint down with little regard to the pressure that effort puts on not only this industry, but the consumer’s wallet. 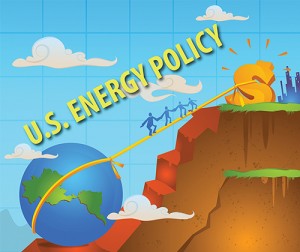 “[We] are extremely concerned that requiring the elimination of the economical and efficient noncondensing furnace will place an unnecessary burden on already struggling homeowners in our states,” and that “by setting a nationwide energy-efficiency standard that precludes a consumer from choosing to install a noncondensing furnace, the DOE will be forcing many homeowners to either abandon the use of natural gas to heat their homes or pay substantially more for the installation of a furnace that meets the new standard.”

According to Ms. Anesi’s story, the note – signed by not only Brooks, but 116 additional Republicans and four Democrats – went on to ask DOE Secretary Ernest Moniz to avoid efficiency standard language that focused on “an ‘either-or” approach to furnace efficiency. Brooks called for the DOE to create separate product classes for condensing and non-condensing furnaces, each having its own efficiency standard.

OMG! That makes so much sense. It’s as if our congressmen are listening to their constituents. Is this a sign that our government is coming to its senses in this regard?

Look, it’s a proven fact that the HVAC industry is REALLY good at creating efficient products. And HVAC contractors are the key to making sure those products perform well through their shepherding of all that equipment into a house and making sure it all works together to create an efficient environment.

In other words, WE ARE THE EXPERTS. Shouldn’t we be consulted?

For those who’ve been following this long and drawn out process, you know that as an industry we’ve mostly been against raising the residential gas-fired furnace efficiency standard to 92% AFUE. The reasons are many and varied between all the industry sectors – distributors, manufacturers, and contractors – because such a standard not only increases their costs, but more importantly, may raise the price of the finished product to the point that consumers simply opt out of buying them. That brings us back into the repair versus replace scenario, which is a short term solution for the consumers, and may actually work against U.S. goals of saving energy in the long term.

And the thing is, there are other moves here, if only the DOE will listen. In the article I mentioned above, Jen Anesi points to a number of them, such as the separate product classes that was originally proposed by ACCA back in 2011. But I think it’s more important for the DOE to sit down in earnest with the representatives of this industry and work out a real plan that achieves realistic goals that benefits all the stakeholders.

I’m not saying that will be easy. But nothing really positive ever is, right? So what say you DOE? Are you in? Or is it just another day in status quo land?